By the National park Plitvice lakes there is no bus station but there are a number of bus stops on the main road passing by the national park. As the national park has two official entrances, from where you have various walking trails trough the park, it is recommendable that you decide which route and entrance to take before your arrival by bus, so that you avoid getting off by the “wrong” entrance. The location of the bus stops in relation to the entrances you can see on the map below. 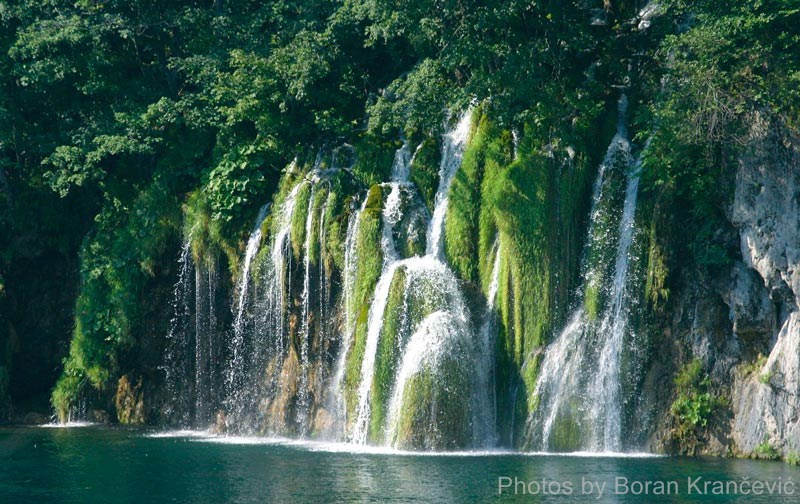 Good to know when visiting the National park Plitvice At both entrances to the national park you have an option to leave your luggage free of charge. By the entrance and several places inside the park, you can buy food and refreshments; prices are higher then in the neighbouring area, but keep in mind that all the park's income goes to maintaining this beautiful spot. Along the walking trails you have plenty of waste baskets, so please use them! Staying overnight at Plitvice lakes If you plan to stay overnight at Plitvice lakes, you have various options. The park administration runs a number of hotels which are situated by or close to the park entrances. Obviously this is not cheapest option, but the easy choice when you depend on public transportation. Other alternative is to stay at one of the many hostels and apartments you find in the small cities in the beautiful area of Plitvice. As the bus only stops at the main road, you might have to walk a bit to catch the bus to and from the park, so keep that in mind if you carry lots of luggage.